Why New York may make Election Day a state holiday 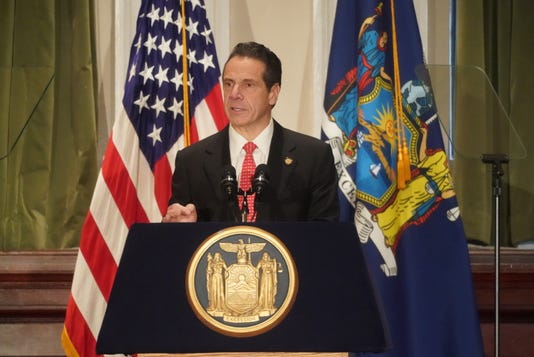 Gov. Andrew Cuomo included the idea Monday in a lengthy list of agenda items for 2019, saying that a state holiday should be part of a series of election reforms New York considers.

“Let’s make a real statement about the importance of voting and make Election Day a state holiday, and say to people, ‘Get out and vote,’” Cuomo said in his speech in Manhattan.

The measure was part of a series of changes Cuomo laid out in preparation for the start of the legislative session in January, when Democrats will control the executive chamber and Legislature for the first time since 2010.

On the election-reform front, Cuomo also discussed a number of other changes, such as automatic voter registration, voting by mail, early voting and synchronizing state and federal primaries.

New York has long been criticized for having arcane voting laws compared to other states.

“The federal government is working to disenfranchise voters; we have to do the exact opposite and improve our democracy,” Cuomo said.

“How do you do it? Automatic voter registration. Make it easier to vote and participate by voting by mail and by early voting, synchronize the federal and state election days.”

Vermont Sen. Bernie Sanders, a former presidential candidate, has long called for a “Democracy Day” national holiday, saying, “Election Day should be a national holiday so that everyone has the time and opportunity to vote.”

Incoming Rep. Alexandria Ocasio-Cortez, D-Bronx, has questioned on Twitter why Election Day isn’t a holiday while Columbus Day is, drawing both criticism and support on social media.